I was not actually going to write about this event in particular. But, I have actually enjoyed it, and

I thought it would be nice to share it here.

Curiously enough, the Olympics started and ended for me with a nod to the very British obsession with weather. We had a barbeque the evening of the opening ceremony and a picnic on Sunday. The barbie happened because it was warm-ish. The picnic came about just because London was so sunny and hot on Sunday that we felt we had to seize the day!

The organisers made it quite easy for us to enjoy the whole day out. They had released free tickets to enter a restricted area either in Hyde Park or in Victoria Park. I went to Victoria Park, where there were a considerable amount of people sun bathing and eating near there. Weather might have changed during the day – but who cared?

Now, two things took me as a surprise on the day. One, people offering us their food and beers. Secondly, the strict, airport-style security at the entrance. Both of them have an explanation. The restricted area had loads of eateries, so no food nor drink were allowed. That included water!

Control area, once inside.

The second aspect refers to the authorities’ obsession with security these days. We queued for at least 20 minutes in a not that long a queue to go through the entrance. Then, officers searched our bags quite thoroughly in case we had any of the many items included in the long list of things that we were not allowed to get in.

The inside was a family-friendly area which reminded me of a good old fair with some added differences.

There were two areas with one screen each. On each area, there were children zones and one or two stages. The biggest screen was on the second area, where there were also a huge stage and a smaller one, facilities to practice dangling and loads of eateries selling ice cream and the usual unhealthy food.

We settled opposite the biggest screen, in between the London Eye replica and the fair style stalls. You could win a teddy bear there.

The atmosphere was great. There were people of all ages there. I did not see any raws nor any trouble. There was this guy who would be lost after buying food. His group had seen him, but he would not hear them. The people around would guide him to them and clapped their hands when he finally got there.

The only trouble I found was the huge queues to buy the overpriced food and drink.

It was interesting being near the dangling, but also hearing the fair stalls on the other side.

Did you see Boris Johnson’s video (the London Mayor) stuck on the dangler? As viral as his dancing moves to the Spice Girls song on the ceremony.

Then, the ceremony started. It was quite cheesy all in all. Nothing spectacular. There were all sorts of rumours about it. As in the opening ceremony, they tried to showcase all that the British had offered to the world. In this case, they focused on music. Let’s face it, Britain’s popular music industry has been one of the most influential in the world for decades.

The worst bit is that the artists were not singing live. I somehow expected it. Some of the stars’ voices must´ve been too `unfit´, ie, Ray Davies, etc. The closing act was The Who. Nice one. The NBC still delayed that to show an advertisement and got a few more complaints from their audience.

What were your favourite acts there? I loved Annie Lennox, Fat Boy Slim in the giant octopus, Elbow Brian May and The Who. Eric Idle did a piece good musical comedy. We missed John Cleese there! 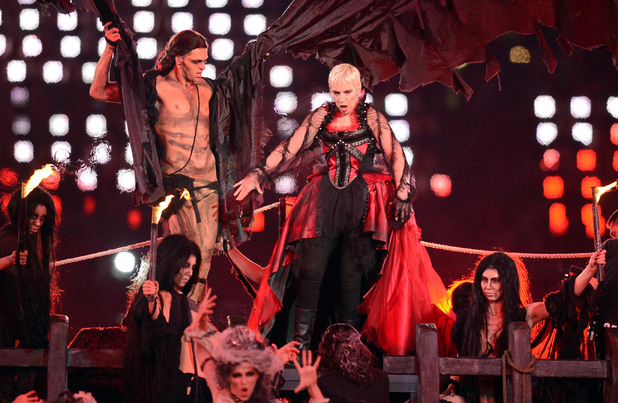 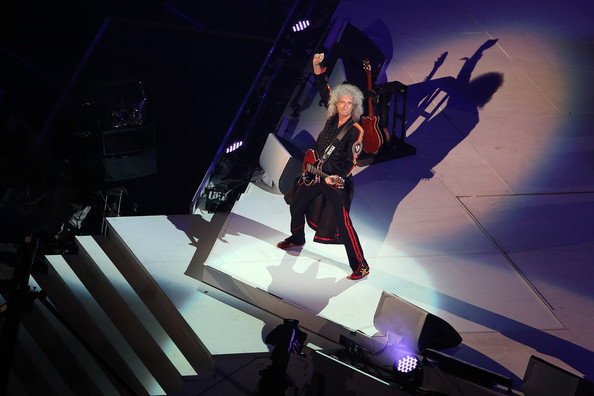 The best bit, for me, was seeing certain climatic scenes and having the fireworks behind the screen. That is, the same fireworks that people in the stadium were seeing live! Priceless moment.

Going back to the tube station was a bit slow, but entertaining. It all finished at about 12pm. It had been a long day and the huge crowds were all pretty much heading in the same direction. It took us forever to get to the tube, but it was really fun at times. People were in good spirits, happy to have lived the Olympics and spent such a good day out. Locals were cheering too as we passed by their front doors and (closed) pubs were some people had enjoyed the fireworks in the terrace.

The good spirits still remain in UK, judging by what I have read and seen so far. However, the pride to be British is starting to go down dangerously fast due to the planned increase in transport fares in January (known today) and other matters. Back to normal, I guess!

I got home late, but happy. Now, the Paralympics will follow. There is plenty of competition there and will tell you all! I hope people will be at least a bit excited about it too.

This was a long post. Thanks so much for reading!