↓
Home » Life in London » Digital » In Love with Tablets? Infographic

One of the hottest topics in London these days is tablets. Having read so much about

them and seen so many models in the shop, I became curious as to why people are so in love with tablets and how they use them.

Do you own a tablet?

According to a study on the adoption of tablets, 8.2% of the mobile owners in UK also owned a tablet by the end of 2011. This was before the new iPad was on sale. There even are some people who seem to think that tablets are more energy efficient, as they use less energy than other devices! Still, they do need a fair bit of energy to support all of the gadgets that converge into that device.

What I have found out is that people use them extensively when they network, as they can `tweet´ and write notes while the presenters are giving their talk. They also use them as e-books, as cameras while they are on holidays and as extra entertainment while they are watching TV. I don´t blame them, they are so small. Some are even some sort of mini laptop. It looks easy to get hooked on them.

The infographic below provides some interesting facts that can be true of other areas in Europe to a certain extent. 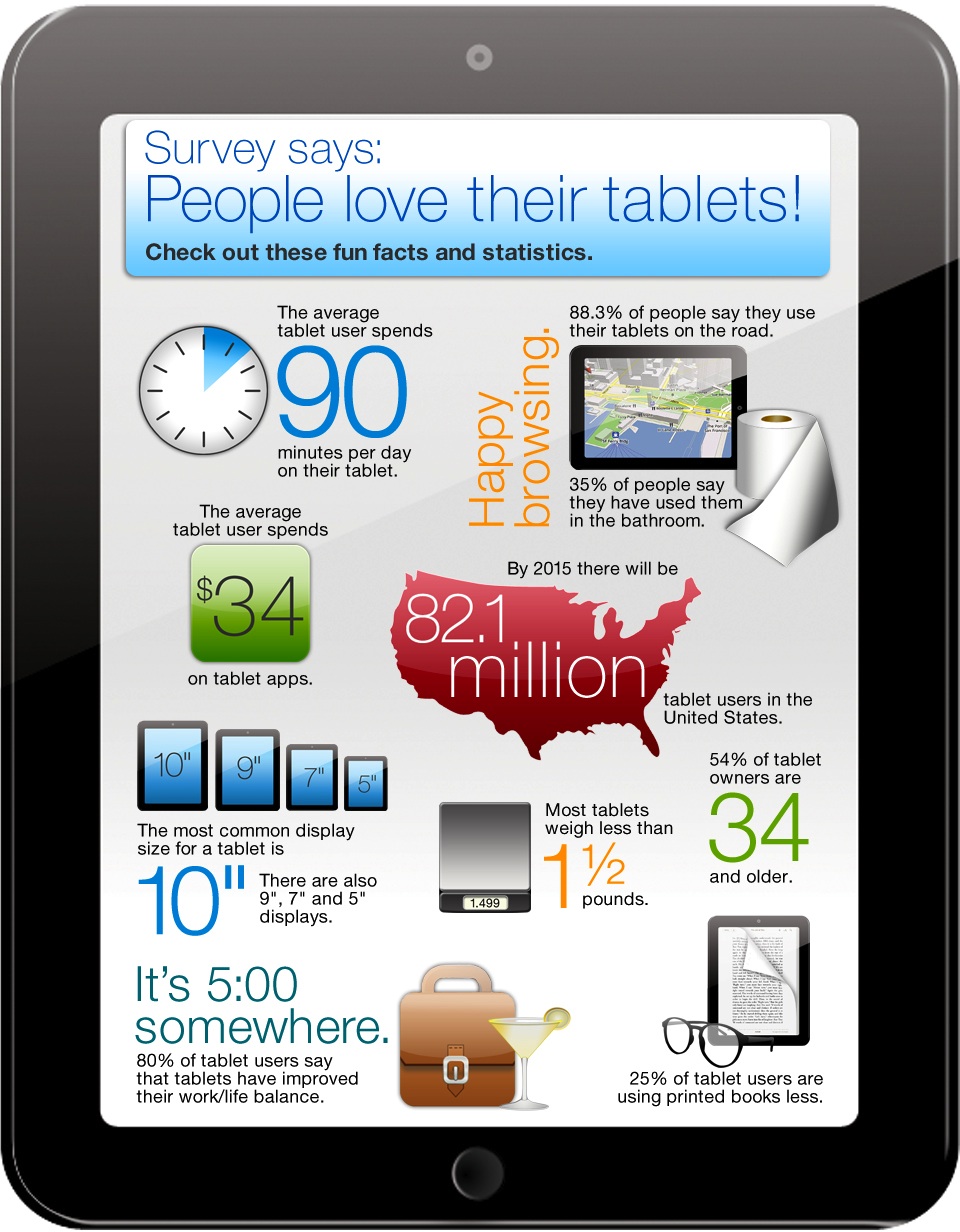