When Christmas lights and shops put up their window decorations in London, we know that the Christmas season is coming. I know we have been reminded ever since mid to end of October (I saw Next windows decorated in the City back then) and that it is too commercial, etc. But, isn’t it lovely to have them? They certainly cheer me up, so I thought I would publish here some of the Christmas decorations that I have seen in London recently.

On Regent Street, the theme for this year is the new DreamWorks comedy Mr Peabody and Sherman. They got Leona Lewis, some of the former Spice Girls and others to perform live for free.

On Oxford Street, it was Jessie J who performed live with Conor Maynard. This display has cost £1.5m, and it has changed from last year. 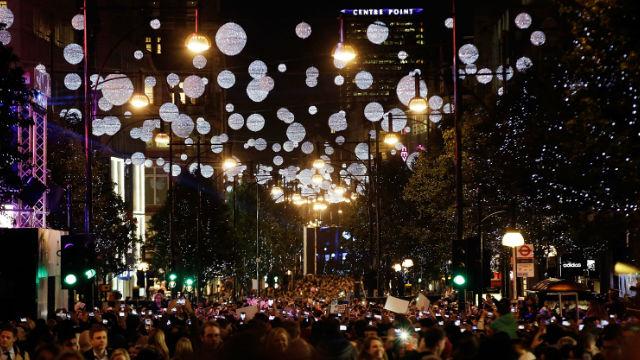 It is the Year of the Robin on the 13 streets that form Carnaby Street.

This year, many streets have changed their Christmas decorations, as opposed to last year, when I could see the same or, at least, really similar decorations. This one is from Tottenham Court Road.

In Covent Garden area, there’s always a brilliant grotto, tree, etc. This is the tree and the decoration that they put up to celebrate 50 years of Lego. I will update this post soon with more pictures from that area.

The idea of the ‘bubble’ was popular. The Eros statue on Piccadilly Circus was covered with one, also providing some more advertising space.

Some shop windows in London tend to be brilliant fun sometimes, from a design/ artistic viewpoint. These pictures are from Fortnum and Mason. Everybody wanted a picture!

In the Camden Lock market, they warn visitors that their entering the ‘people’s republic of Christmas’!

This is Hamley’s, by far my favourite shop in London.